I'm reading one of my poems in Pasadena 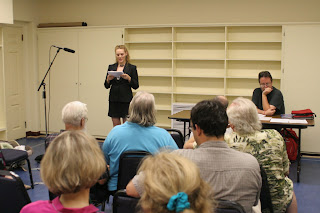 .
Twice a month they hold poetry readings there. This group is led by Don King-Fisher. (He is the one sitting at the table up front near me). He puts out a chap book every quarter. I've been published in several of them. He calls it the San Gabriel Valley Poetry Quarterly. Yes, that's a mouthful.

Posted by Katherine Norland at 3:58 PM No comments: 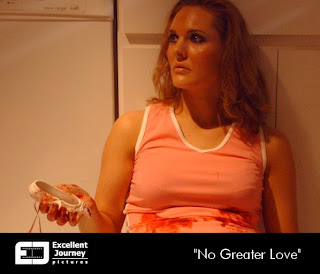 This is a scene from a short film I did earlier this year. It's called "No Greater Love" The title and film is based on a scripture that says "No greater love hath any man than he lay down his life for his friend". Kathy and I wrote this film in the back seat of my little car on the way back from Las Vegas where we had our film "On The Fringe" playing at a film festival.
Posted by Katherine Norland at 10:02 AM No comments: