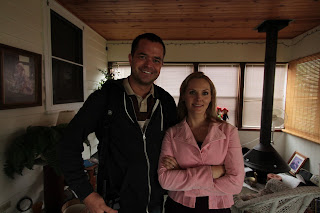 The filmmaker from the documentary Reel Growth interviewed us today for his project on Preemies. This is me and the documentarian Drew Donnay. I told bits and pieces of our story, shared a couple of poems, tried to compose myself, but some of those emotions are too vivid to recall without a tear or two. Check out the the website www.ReelGrowth.com
Posted by Katherine Norland at 12:39 PM No comments: 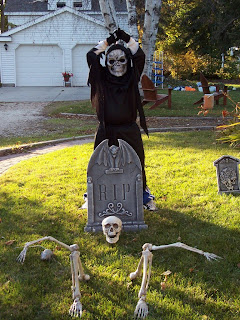 I landed a part in a short film, great role, sweet wife who, when she becomes pregnant and her hormones kick in, she becomes goth... filled out the paper work at the studio, and then 3 days before the shoot they had to pull the plug on the project because the union was causing them all kinds of problems. They were set to do the project under a certain type of contract because the budget was so low...but when this union found out it was this particular studio...they said no, you can't do it, you have to pay 7 times more for the people (even though the project fit within the parameters of the contract.) That is like having a car lot where you sell twenty thousand dollar cars, but you see Bill Gates coming to buy one and you raise the price of the car to 50 thousand. How ridiculous is that? So now 25 people or more are out of work.
Posted by Katherine Norland at 2:11 PM No comments: