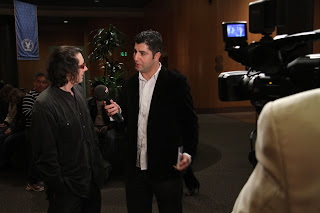 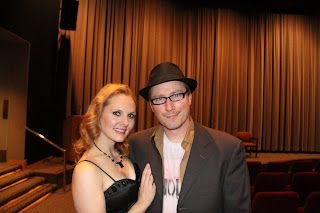 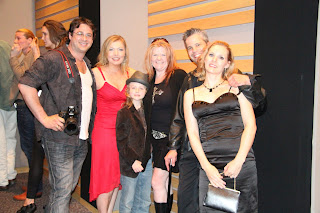 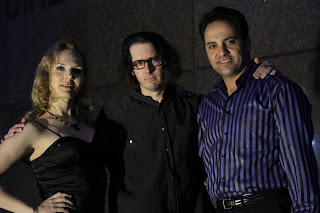 There is a pix me and the amazing DP of the film "HOLE" his images suck you in, it's kind of an oxymoron, but it is a beautiful looking horror film.
A pix the director Joaquin Montalvan is being interviewed by a Turkish news station.
Then we have me Katherine Norland, the director Joaquin Montalvan, and the executive producer Harun Sevimli. And also a pix of many of the cast from the film.
It was really a different vibe at the screening because really only the director and DP actually knew what was shot for every frame of the film. Every actor in the film was sitting on the edge of their seat wondering what would happen next because none of us had seen the film, but even more important, none of us had even seen the entire script (half of which was in the directors head never to meet the paper). A week or two before we were to shoot, the actors shooting that weekend would get emailed their "scene" and we never even got all the scenes in advance ahead of time...
Posted by Katherine Norland at 9:27 AM No comments: