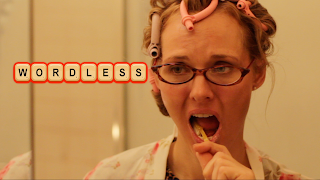 So the film "Wordless" is a comedy short about a desperate single mom struggling to find love. It had been an official selection at three or more film festivals including #SanDiegoFilmFestival the #BroadHummor Festival and nominated for best comedy at the #FallbrookFilmFestival 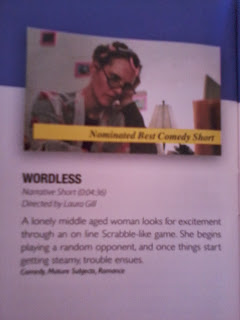 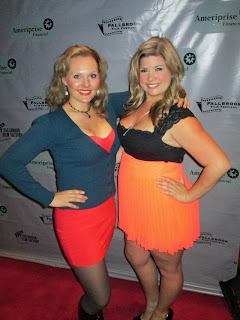 After talking to the lovely director Laura Gill pictured to the right of me. She said I can finally allow people to see the film since she's done submitting it to festivals.

So enjoy Wordless! Below is the link, click on it or copy and paste into your browser.

I had a wonderful time shooting the character of Mary/M.E. on the set of Trophy Wife this week for episode one called "It's A Shame". Here is a shot of some of the cast from episode two. 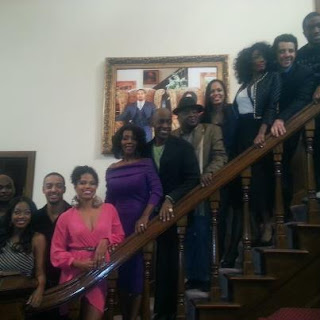 The story follows a couple called the "Castle's" as they like the rest of us, just try to "Keep it together" Six episodes are being shot as we speak. There are many seasoned and well respected  actors and celebrity's making appearances along with fresh and funny new comers.

I had the pleasure of being in episode one. Here I am on the couch with the character Marteen played by Calo Rodriguez, who works for the Castles pictured below. 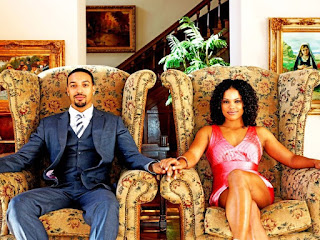 John and Deena Castle are played by the talented and funny Akeem Smith and Diandra Lyle.

My character Mary/M.E. is hopelessly in love with Marteen and although he doesn't quite feel the same way, she is determined to convince him that he should be with her forever. 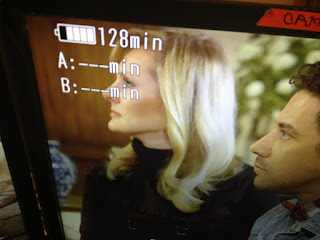 The writer/director and mastermind of this sitcom is the ever talented Michael Ajawke Jr. whose credits include "Eve", "Sister, Sister", "Martin", and "Entertianment Tonight" among others. He has earned many awards including an Emmy Award Winning producer for "E's Talk Soup", as well as two NAACP awards.

Here is Michael with one of the many celebrity guest stars on "Trophy Wife" Denise Williams. 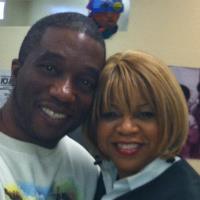 Be sure to keep a look out as "Trophy Wife" is about to come to a tv channel near you soon.

Posted by Katherine Norland at 12:37 PM No comments:

The name of the fighting pilot has been changed to Femme D' Action.

We have been training for the show for over 3 months now learning 2 different forms of Martial Arts plus kick boxing and wrestling. They have been taping the show at several of the practices as well has 5 or 6 official shoot days that I have participated in.

In this intro trailer I play one of the dressed in black ninjas whom the main character fights.

This weekend we should be going up in front of the panel of judges which will include several wrestlers from the original show "G.L.O.W." Gorgeous Ladies of Wrestling, and trying to prove to them that we are serious about being a Femme D' Action. Challenges will include a personal interview, and interview as the character we wish to portray as well as physical tests in the ring and a rap battle.

Stay Tuned for more...
Posted by Katherine Norland at 1:17 PM No comments: